Jeti Pilot Peter Vogel was playing around with the new LUA Scripting ability of V4.2 Firmware update. His app allows for a warning if you arm your plane with a discharged flight pack.

Here is why he decided this was a helpful application:

While it *is* possible to get the same functionality from the native features of the radio, it burns a sequencer and several logical switches. It’s even more complicated to do if you have an ESC with a BEC and you use a separate RX backup pack as many of us flying competition do! As an added bonus I added the ability to have it announce the model name when the TX is powered up or a model is selected. While this is ostensibly a distinct function it seemed silly to burn another one of 10 script slots just for announcing the name of the model.

Check out the details to his app here. 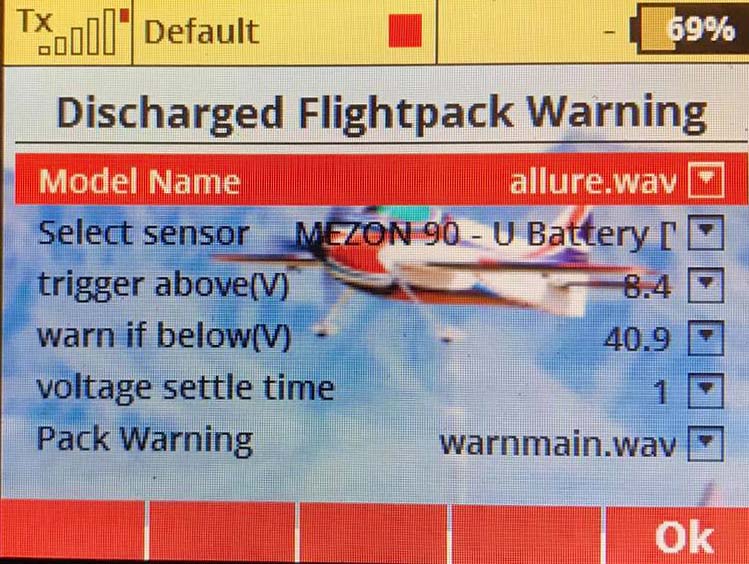